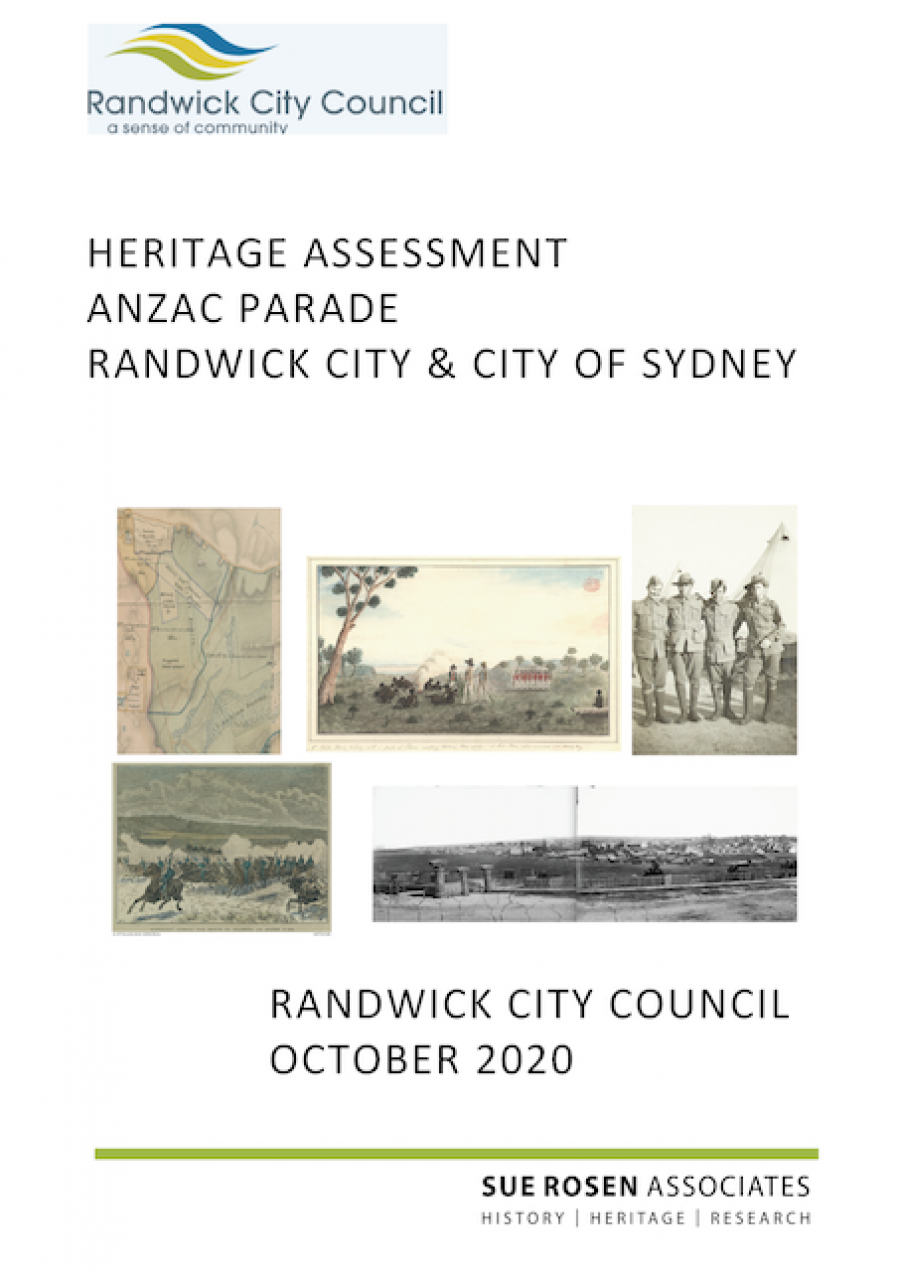 One of Dr Sue Rosen's favourite projects this year was ANZAC parade, a Heritage Assessment commissioned by Randwick City Council.

The project developed out of Council’s 2017 resolution to ‘…endeavour to restore and recreate the ANZAC Parade corridor as intended…’ with the overall aim of restoration, recreation and presentation of Anzac Parade as a significant memorial route.

100 years earlier, in 1917, the Anzac Memorial Obelisk was constructed at the head of Randwick Road which had been widened and beautified with a flower bed running down the centre through the Moore Park precinct by Sydney City Council. The thoroughfare was renamed ‘Anzac Parade’, and the Anzac Memorial Obelisk was dedicated to honour the ANZACs in the aftermath of the Gallipoli campaign and the then ongoing conflict of WWI.

Through her extensive research, Sue uncovered a whole host of defence-related places associated with ANZAC parade which added to the memorial’s significance and complexity within its context.

Such memorials symbolise and evoke responses to deep community feelings of respect, sadness and loss, and pride concerning the conflicts commemorated so prolifically along the route of Anzac Parade. Such memorials along ANZAC parade have evolved from, and became associated with, defence and strategy often through pressing need in a time of crisis. Some were planned as functioning facilities and constructed in a relatively leisurely fashion. Many had ‘other lives’, such as showgrounds and racecourses, and adaptation and responsiveness are at the core of military memorials of all types.