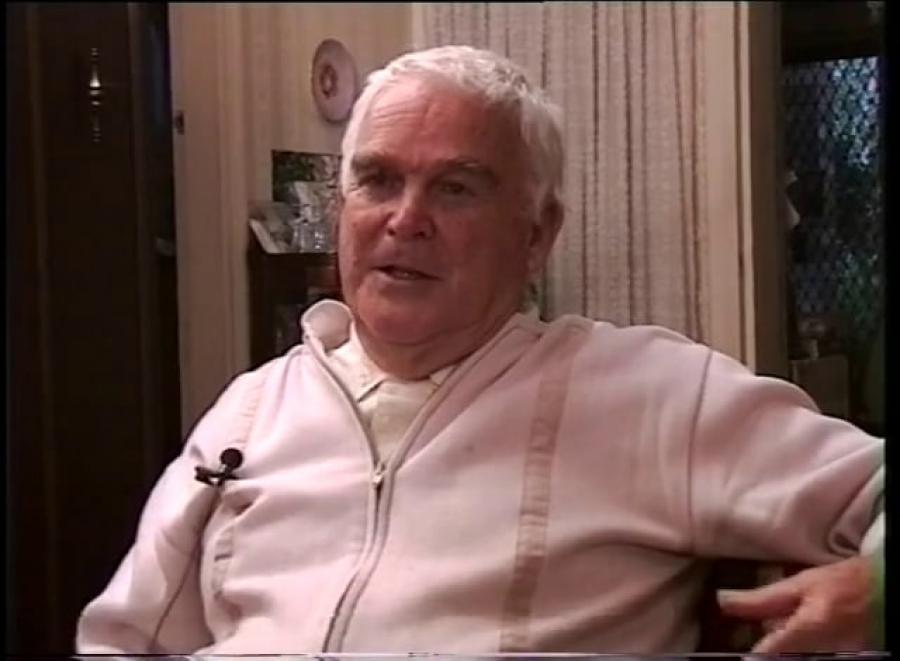 Cliff’s father was an alderman and the Hon. William McKell’s right hand man. Cliff describes Syrian Town and the Chinese gardens, but Cliff’s “real love of the area was brought about because, as a child, there was all this sharing and caring. If anybody in the street had a disability or sickness, the neighbours would cook the meals, do the washing …” Cliff felt an affinity with the local Irish Catholics, who predominated there. The local Catholic priest “fed half the area in the Depression; he was a great man”; he also used to deal with child molesters, ruffians and wife beaters; and in World War I, when the issue of conscription arose, he said from the pulpit: “I’m not telling you to vote against conscription, but what I am telling you, that anyone votes for it, don’t come to confession for absolution because you won’t get it!”