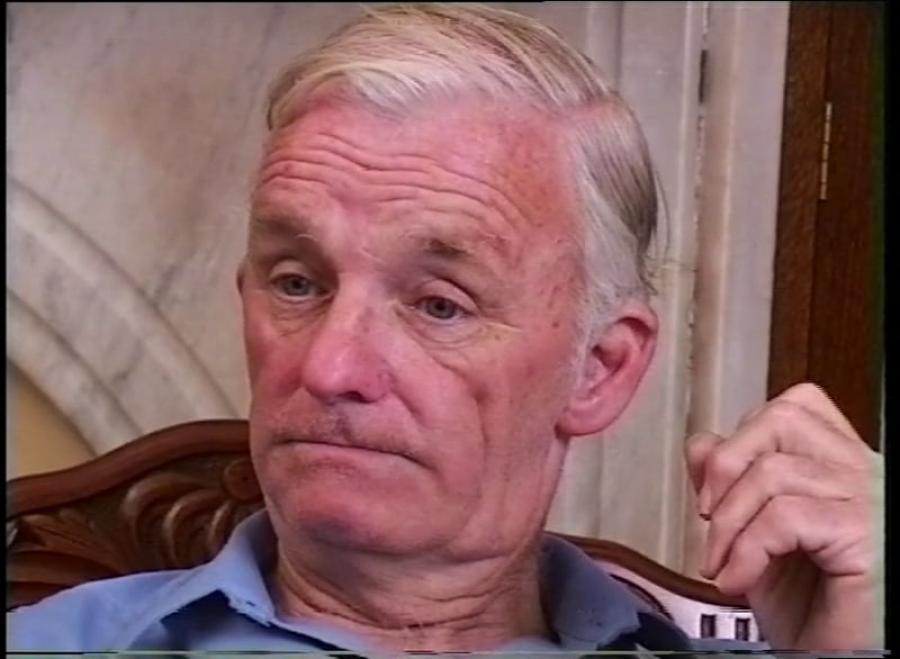 There were a lot of children in the area in the 1930s. His family had nine children and most of the houses “would’ve had four or five people … Everyone was poor. The two-storey places over the road here were just empty, open for anyone. All the lead was taken out of the roofs and sold.” The Depression saw his father employed one week in three at the brick pits, (where “doomies” slept at night), but he also was a careful gambler, supplementing the family’s income “to a great degree”, whilst witnessing police brutality and corruption.