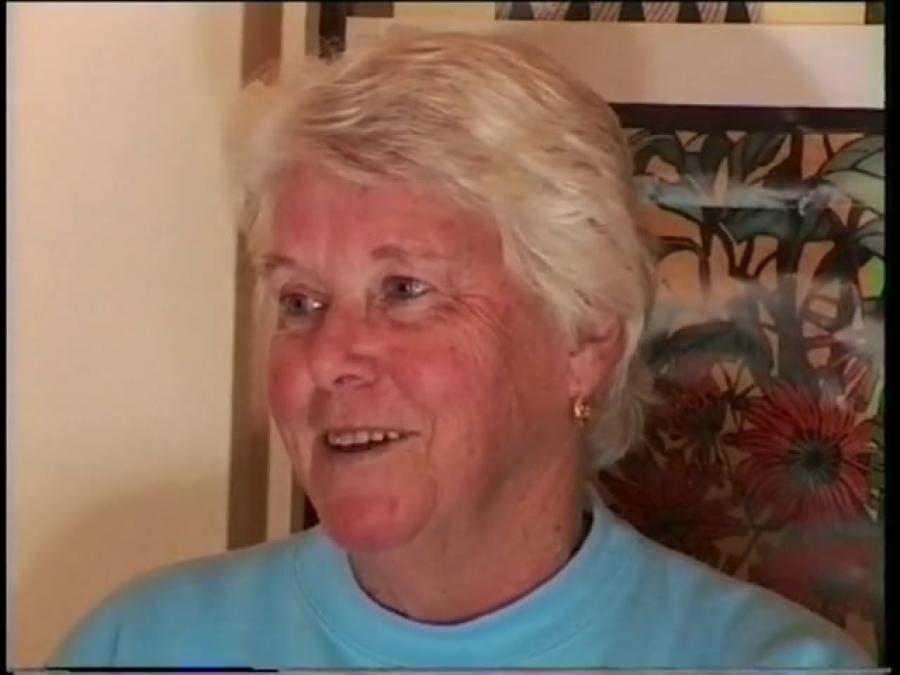 Betty talks mainly of family and domestic life: “We had no light, no gaslight; we had candles. … There were eight children in the family all together so the ten of us lived in a three-bedroom cottage, with one lounge room, and a kitchen and bathroom. We had no lino on our floors, we just had the bare wood, and wood tables and stools. And they were scrubbed every day. When she had babies I would have to stay home and do the same things.” The family often struggled through lack of money when her father was unemployed: “I used to take my mother’s rings up and pawn them of a Monday to get enough money for food…” When her father got paid on Friday, she’d return to claim the property. Nigger Fox, who used to sell sly grog, lived two doors up, and people often knocked on their door by mistake. The nearby Metters factory whistle indicated the time of day – 12 o’clock and the 4 o’clock knock off time. Betty’s father was strict, cold and distant: “could’ve have been due to his war experience, because we found out that he had been gassed; he had gas in his system from the war. He used to come out in a red rash all over his body, his arms and legs, and it was on his body permanently. Betty “relived” her mother’s life. “Many a time we’ve sat down to bread and dripping for our meal since we’ve been married. We haven’t been rich. We’re still not rich. The fifties were easier to get work, but it depends on what sort of work you wanted. I stopped home and done the same as what my mother done: cooked and washed and cleaned …”