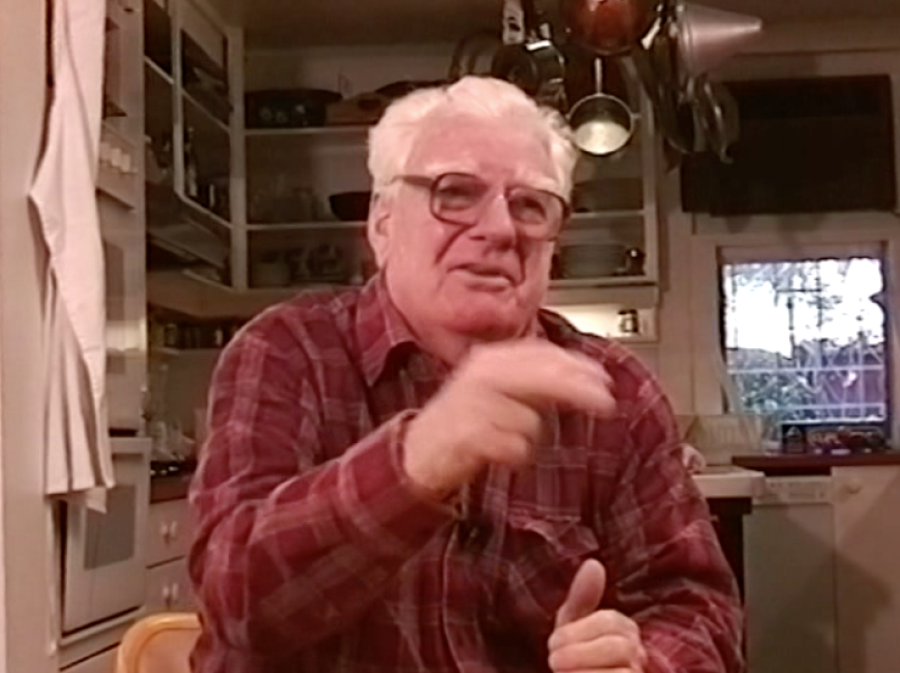 Bill Schwebel was interviewed by Sue Rosen in June 1995 as part of the South Sydney … Bill reckons that “survival of the fittest was the motto of Erskineville, in those days”: “They may have been the poorest people in Sydney, but they were fair dinkum. There was a very good sense of community.” Bill was often cold and hungry, even in bed: “There was very little fruit and vegetable. The biggest part of the food in those days was mutton fat, pepper and salt or dry bread and syrup”; and Bill would often “wake up shivering”, as there were no pyjamas and “no underwear to wear, none was worn in those days. No singlets or underpants. I’d say that they came in about the thirties.” Bill lived opposite a Protestant church and one Sunday, he and thirteen of his friends were booked by the police and sent to court for playing football in the street on Sunday: “… Anyway, we only got a caution”.

There were a lot of boot factories and hotels. Bill also talks of pub culture and the demise of the Cosmopolitan Hotel near Macdonaldtown Station. Of the sewer rats in John Street: “When there was a hell of a lot of rain, … I’d wake up in the night, and the water would be up and there would be sewer rats swimming around in the bedrooms and all over the place until the water subsided”. The only sex education was “sitting in the gutter telling dirty yarns. Later we discovered that daughters of wealthy people would send their babies to what was dubbed the ‘Baby Farm’ near the tram stop there and a woman there killed them, and buried them, they dug up about a dozen skeletons.”