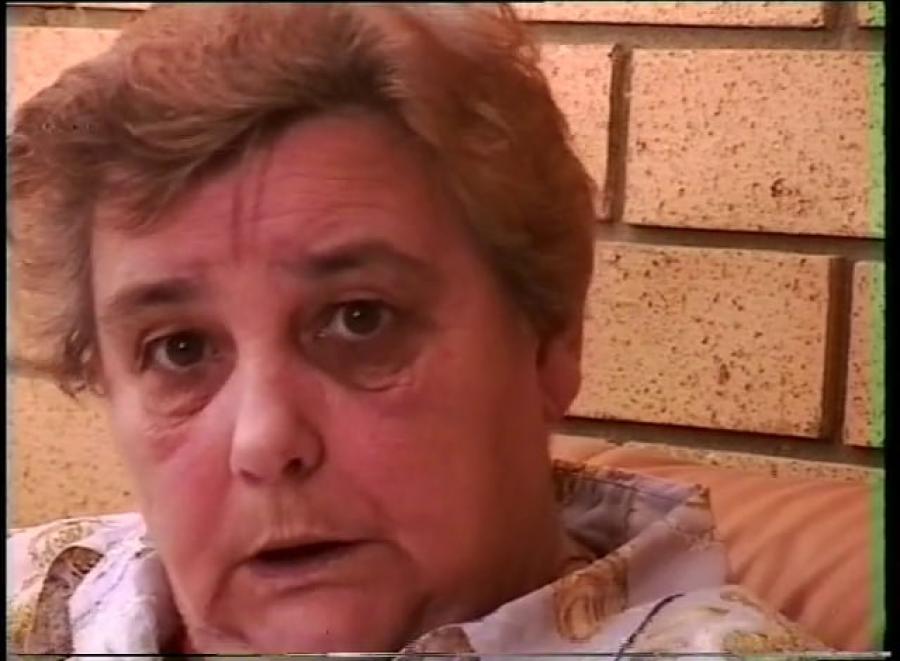 Josie’s family was relatively affluent. Her mother was a machinist, and her father was an SP bookie, an agnostic, and a communist who subscribed to Tribune. They were proud of their concreted backyard, they ate well (“vegetarian”) and dressed well. Holidays were at Woy Woy, Otford and Bundeena. Coogee Baths was a favourite place for family day trips, also Luna Park, at night, when there was a dance. She was devastated, as a little girl, by her father’s death: “I used to ride my bike from Erskineville to Botany every Sunday to the grave and take flowers … Botany would be packed, teaming with people, and flower sellers. They were mostly Aboriginals that sold the flowers in those days there”. She tells of the Aborigines who lived “down on the banks at the lower end of Botany Cemetery in tin sheds, humpies. … They swam naked and they lived in their primitive state. I used to … watch ‘em and I was fascinated by the way the Aboriginals lived. But they never hunted me away or said anything. … I’d tell my mother I was going to the cemetery; I̓’d get with the Aboriginals and watch them”. On Sundays, by tram from Central Stations, “Everybody went out to La Perouse to see the snake man”. World War II was frightening, as Josie expected her father to shoot the women in the family, if the Japanese invaded Sydney. His revolver was kept hidden in her bedroom. A legacy of the war was the advent of Coca Cola: “When I was about fourteen, the popular thing to do was to put Bex powders in Coca Cola and fizz it up and drink it, in your school lunch time”.