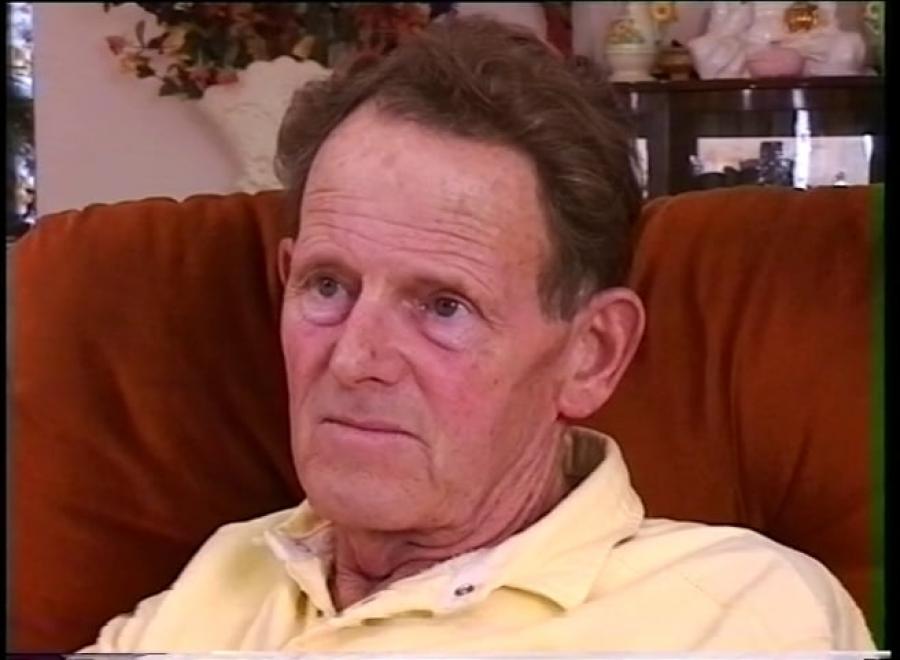 Syd was an only child, which was unusual in Alexandria. His dad was a wood machinist, in the boot trade, and his mum worked for a period at the pickle factory, behind Henderson Road, where a lot of people in the area worked. His father was unemployed during the Depression, but people “had to get by”: “If someone was lucky enough to find something that fell off the back of a truck, he shared it with his neighbour. Lots of things fell off the back of trucks in those days; they were very bumpy roads”. Syd’s parents voted Labor and there was talk of politics at home. There were two Labor factions in the area, and although his parents were Church of England, his dad belonged to the local Right faction. Important economic activities were associated with Sunday gambling: racing boats on the canal; card games in the park beside the old Erskineville oval; the greyhound dog races, and two-up. Syd was impressed that the war provided employment for everyone. His father was in a protected industry, making rifle butts and baseball bats for the Americans. The basement of the Alexandria School was reinforced to stop bombs, and air raid shelters were built in the school grounds; Trenches were dug in Alexandria Park and Erskineville Park. Because he had a pushbike, Syd was called up as a messenger boy for the National Emergency Services: “The Duke of Gloucester came out from England and presented himself up here to the NES in Alexandria school. We all got introduced to him, and that was a big thing.