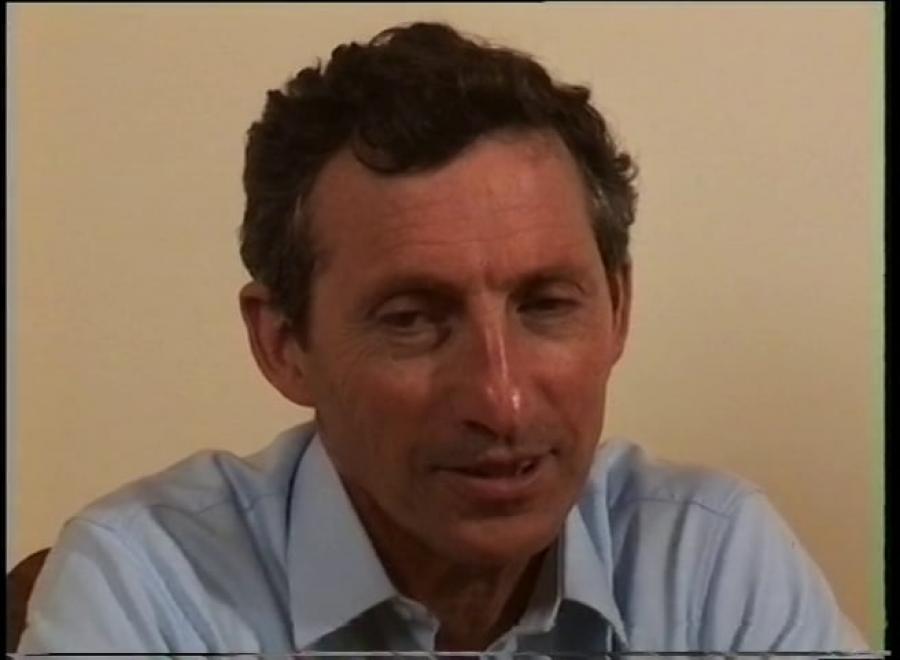 Cliff's mother revelled in The Cross. … She didn’t seem to notice the brothels, … that was part of the scenery. … she loved the freedom that the city gave”. Cliff’s parents moved to Sydney from the country. Cliff’s father had managed the family’s farm and had been a drover. Cliff’s father was a self-taught motor mechanic. After some tough jobs in the Depression, he eventually found a congenial job looking after the nuns’ vehicles at St Vincent’s, later becoming their driver. His mother bought into a residential business, and ran residentials in Darlinghurst and then later Paddington where the family also lived: “It was like an extended family”. Cliff describes the residents and the neighbours in Paddington: “At Darlinghurst, in the front room there was a couple that seemed to be quite wealthy. The husband was a wharf labourer. They used to have a place at Palm Beach; they’d go away every week. I think he used to have a ‘catch it’ bag. Every time he came home from the waterfront he’d generally bring home what he caught in the bag. I think he did well out of that; a lot of that went on. One lady upstairs used to have various husbands, as I thought at the time. No one seemed to be unduly disturbed”. Cliff’s childhood revolved around sport; he played cricket, Australian Rules football, and was particularly involved with competitive tennis. He remembers the excitement at Kings Cross, when the war ended, and he enjoyed using, as cubby houses, disused air raid shelters in Paddington. Bea Miles once jumped into a cab he had engaged near St Mary’s Cathedral.