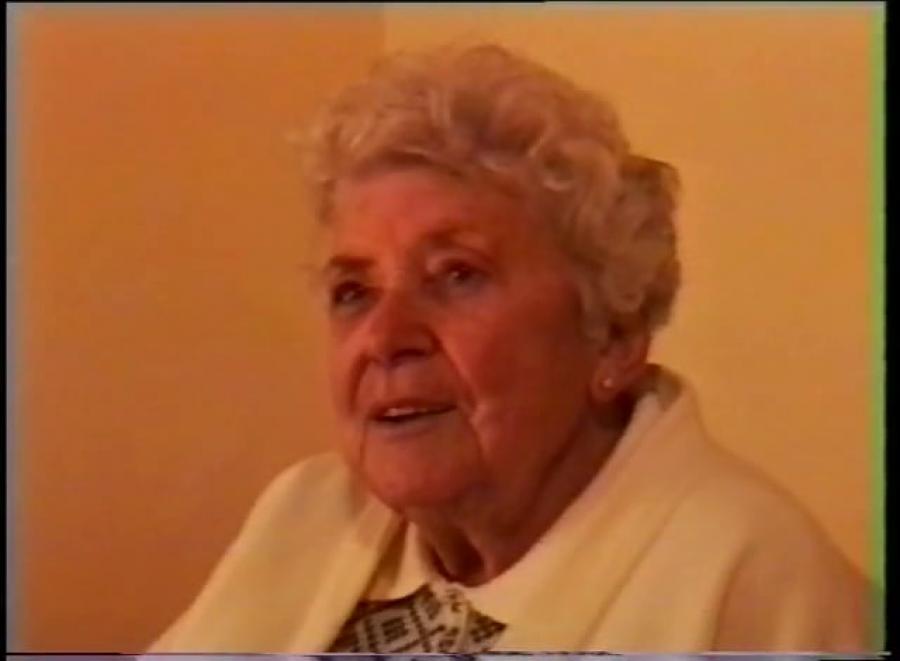 Ann’s earliest memories of Redfern are of the “dirt and squalor” and hard times: “There was no sweepers, and no trees and there were horses and plenty of manure”. The brewery smelt, and “the front verandahs would be filthy”, because the brewery, Reckitts Blue and the bakery had big smoke stacks. There was a lot of bronchitis and asthma. Ann’s grandfather and uncle were horse trainers, who had stables out in Kensington, and sometimes Ann used to ride the horses on the track work: “I was a tomboy. I’d go with the horse out to Brighton Beach and swim.” She and her two sisters were brought up as “strict Catholics”. Ann relates a story of discrimination and harassment of a man she admired, a blacktracker, who lived nearby: “they gave him a hell of a life. Well people just looked down on him because he was black … they used to put notices outside his place, to get rid of him, and yet he was a blacktracker. A better man you couldn’t have wished to meet. … Oh, I think he found it very hard. Ann also recounts her experiences of belonging to the Young Eureka Lodge, a Friendly Society, the meetings of which were held in the Waterloo Town Hall. She attended the lodge from eight years of age.