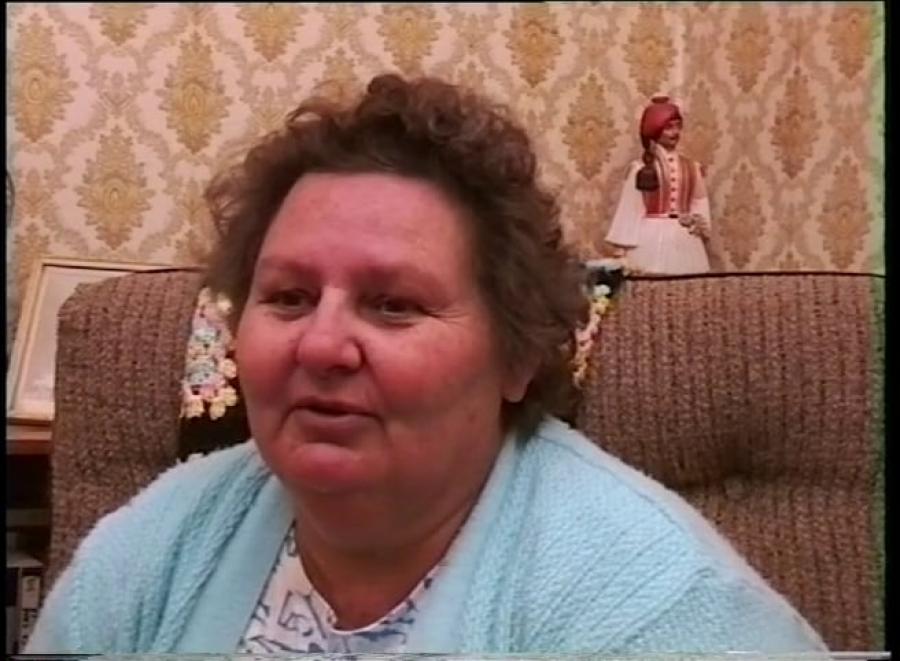 Bev has lived in George Street, Redfern all her life; she reckons they’ll have to carry her out. Her family lived with her maternal grandparents, and when she married, her husband joined the household. The family attended the church across the road, which is now the Greek church, St Paul’s. Bev also talks about the Methodist Mission and its Minister, van Eerde, who lived in the rectory in Pitt Street, which is where her sisters were christened. Bev discusses mainly domestic life and duties. During World War II Bev’s father was a Warden. At The Lawson picture theatre, they stopped the picture and everyone went home on the night that the Japanese submarines entered the Harbour. Everyone worried when the New Australians arrived in Redfern, but everyone got on well. All the neighbours knew each other; they met whilst sweeping the footpaths daily, or whilst sitting on the verandah. The Coronation Playground was an important place, and it was a treat to watch the Wirths Circus animals arrive at Alexandria goods yard. The big animals were watered at the trough at the Star Hotel opposite her house, and at the trough near her Cleveland Street School.