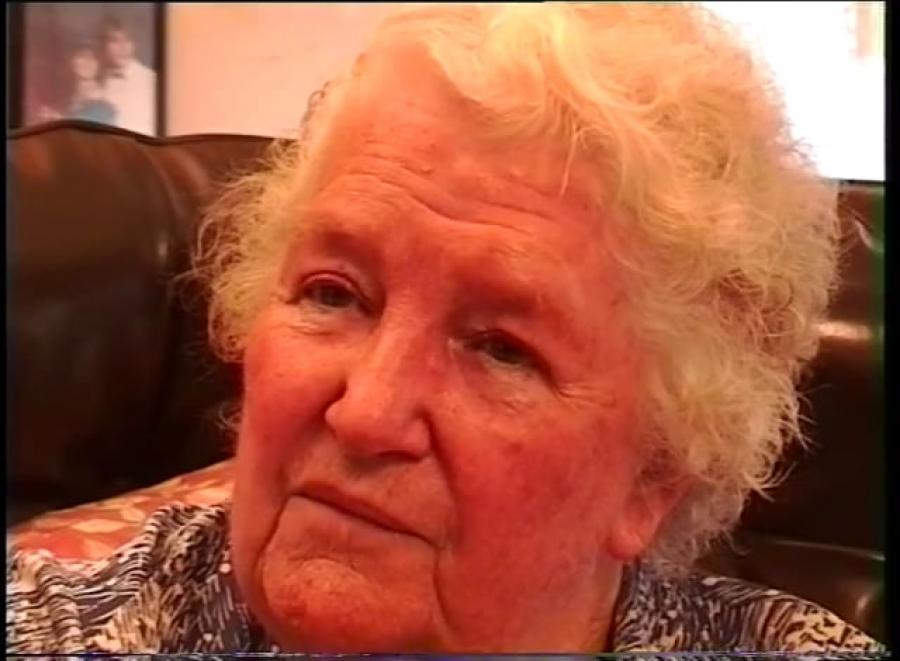 Jane Lanyon was born at home in February 1920 in Balfour Street, Chippendale. She has lived in the Redfern area since moving there in 1926, when the “community was mostly Anglo-Australian”. Jane’s family was ‘blended’: her father married a widow with children, so Jane and her younger sister had seven step-siblings. An orphaned Chinese girl also grew up with the family. During the Depression, if they couldn’t afford the rent, they sometimes did a ‘midnight flit’, ahead of the bailiff. “The church was mostly where we got our entertainment, because you couldn’t afford it and the money was needed elsewhere. Until I was married, I never went to the movies.” The family walked to Hyde Park to see the opening of the Archibald Fountain. Social life also revolved around the Sydney City Mission, which “used to have a bun night, of a Monday night; that was free. You got a hot cross bun and a cup of coffee, and they showed slides, and we went to free concerts”. At Christmas, the family “went to the Mission, and St Paul’s Church for a Christmas tree and a Christmas party. The only Christmas presents were from the church.” Various girls’ clubs – at the Mission, at St Paul’s and at The Settlement – taught her music, singing and drama; and the most “looked-forward-to time of the year was the Sunday school picnic”, when the kids were taken by tram to Watsons Bay.