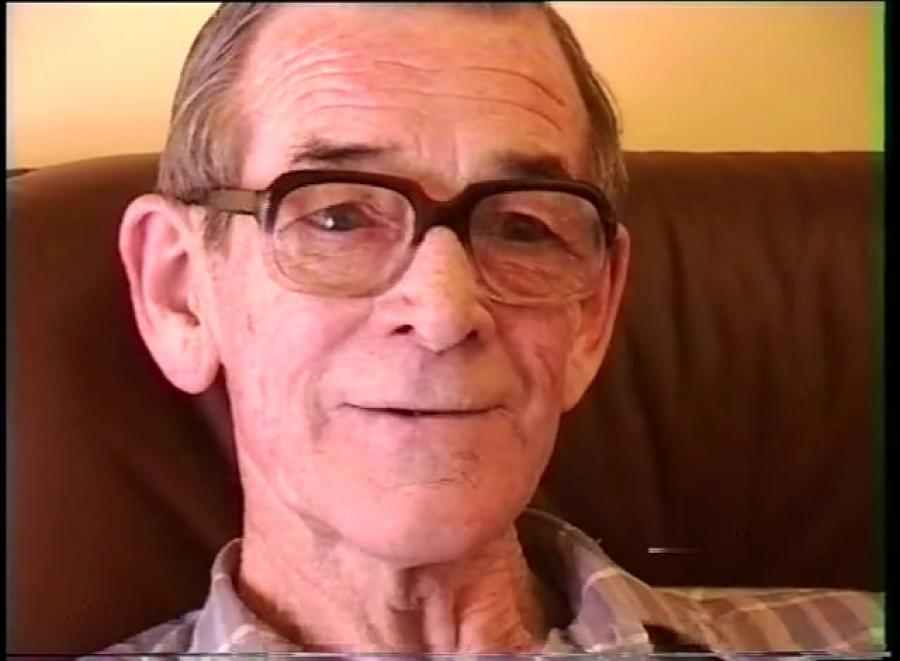 When Ted was a kid, “nobody ever trusted a policeman”, “there were always a lot of people walking places: there were trams, horses and carts and barefooted kids. And there was the broadcasts of the races on a Saturday afternoon. You could hear them everywhere. Most people were gamblers”. Ted’s father was a scrap metal merchant and a bookmaker who also ran a two-up school: he bought a new Chevrolet in the 1937, the only car in the street. Generally, times were tough and it was quite common for the kids to get up and pinch all the lead flashing and stuff off the roofs of the railway sheds, or the Lebanese church, and to sell it for scrap metal. Ted describes pub culture, and the habit of tipping a glass upside down on the counter to declare superiority in the boxing stakes, and a willingness to fight: The Albert View Hotel was commonly called the “Blood House”. When his father and his father’s mates attempted to rid the backyard of a plague of rats by shooting at them one night, they managed to turn the bathtub, that was in the weatherboard outside bathroom, into a sieve – it was riddled with bullet holes!