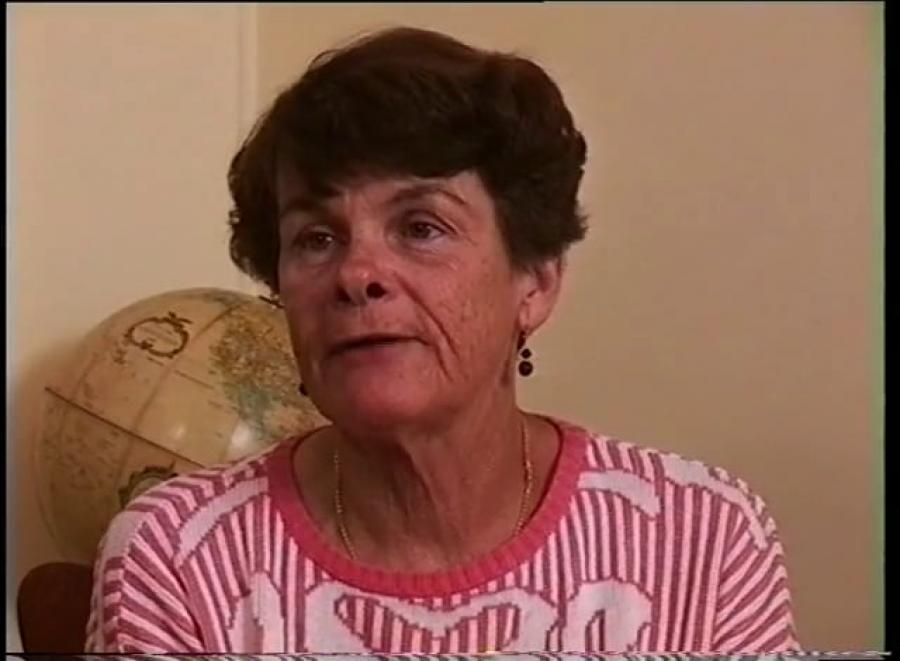 Beth thought Woolloomooloo was absolutely wonderful – only a walk away from the heart of the city and from the Domain swimming baths; a tram ride away from all the beaches in the city … we had running water and we had sewerage, and that was probably better than what 70% of the rest of Sydney had. Beth also describes: the Italians; World War II and evacuation for the mountains; housework; prostitution; Arbor Day; Cracker Night; the Woolloomooloo Progress Association; Rosaleen Norton; the power strikes; the waterside strikes; industrial accidents on the wharves and morbidity: “a lot of men died in their 40s”; the “awful pubs”: the Fitzroy and the Frisco; and the small houses where you could hear people washing, bathing, singing in the bath, toilets flushing. Beth was interviewed for the South Sydney Social History Project in March 1995