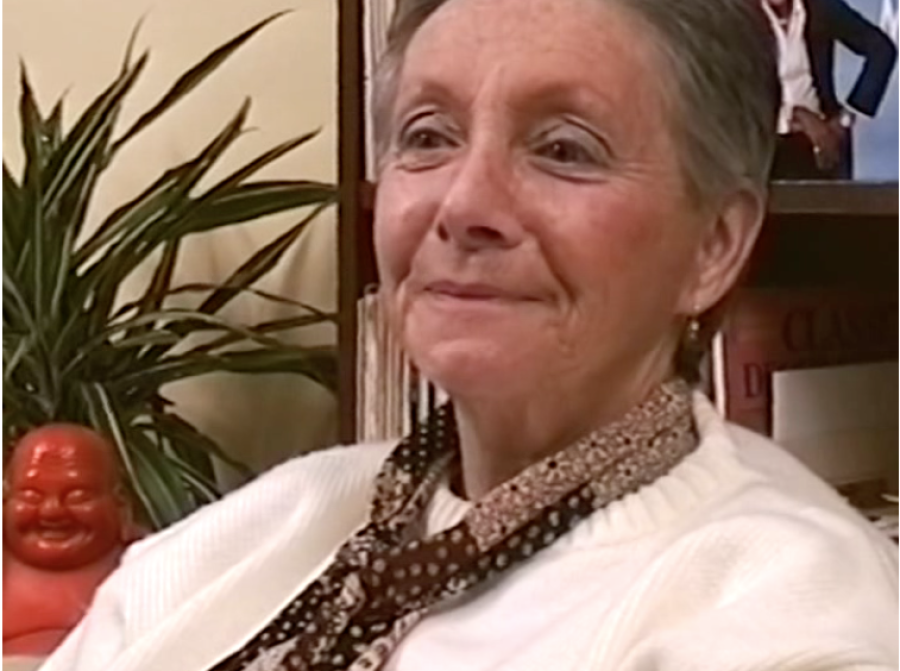 Jean was born in 1925, growing up she with her mother and sister drifted from house to house, not always able to pay the rent. Jean’s father left them when she was small: “we went downhill; there was no support for mothers or children then”. The family lived in a small house in Foley Street, when her mother lived with Joe Ketos, the wrestler. Her mother also wrestled, but after Ketos she had a series of boyfriends, and life was ‘rough’. When Jean was 13, they moved to Woolloomooloo. In the 1930s, Woolloomooloo was “rougher and tougher”. There was no money, but with her billycart, she collected wood, off the wharves, which she sold. Jean was exposed to the seamier side of life. She knew about razor gangs: “I’ve also seen my stepfather put a razor blade into a small stick … he was a part-time gangster, and also a wharf labourer”. The gang preyed on people from out of town. One of Jean’s stepfathers, Dicky Barker (aka Dicky Mealing) had been shot in the back by a gangster’s moll, Nelly Cameron. One day, Jean found her mother after someone had bashed her up: her “jaw was broken and her face smashed in. She was wired up for six months”. Jean saw a gangster, Jackie Hodder, pistol-whip another crook who was at their place at a party. About 1939: “every Thursday … everybody got drunk, everybody got bashed up and it would be my job to call the police”. Also, she knew of Kate Leigh and Tilly Divine both having rival houses of prostitution, in Palmer Street, and she learned about prostitutes ‘gingering’ their clients. Women would gather in the wine saloons of hotels to shell peas and gossip. Jean also discusses health. By the age of 14 she had no teeth, it being cheaper to get them pulled than filled. Her friend’s mother died of syphilis. In 1941 the place became full of American soldiers and sailors. The base ship, USS Dobbin, was known as the USS Venereal Disease. Jean thought the Americans, with their money, manners and generosity, were wonderful. Their lives improved.