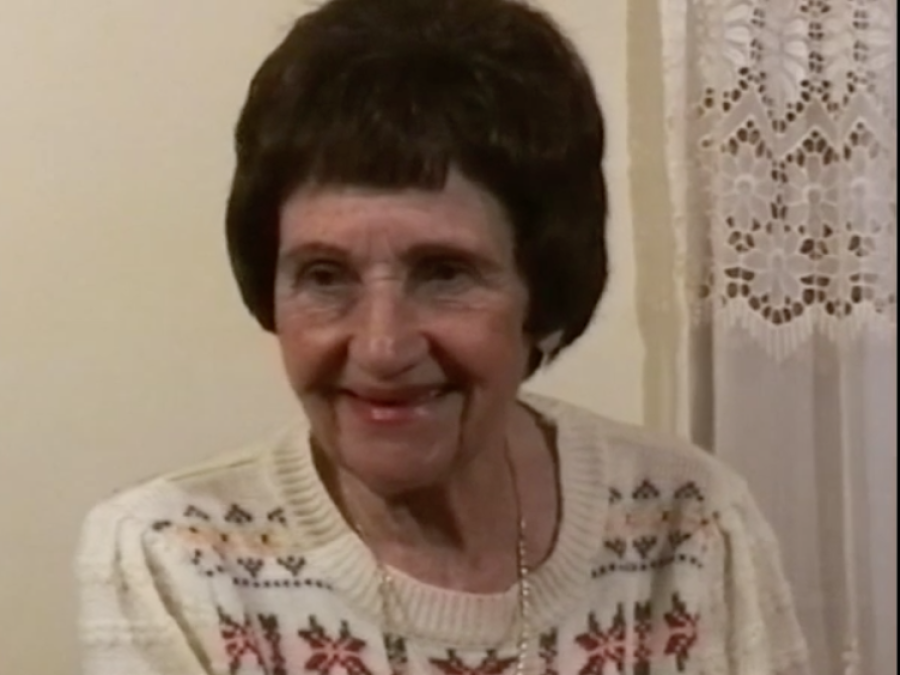 Nell was born in 1920 and lived in Woolloomooloo all her life. She loved the Italian fisherpeople, who ‘disappeared’ from the area in the 60s. She remembers the Prince, of the gypsies, who likewise left the area, in the early 30s. Nell’s family was relatively well-off in the Depression because both her parents worked. Her mother was an Irish immigrant and a member of the Labor movement. Children had to find their own fun. Nell used to go to the Botanical Gardens, or to Nielsen Park near Vaucluse – catch a tram for a picnic, and for a swim. Watching strike meetings, and fights at the wharves between wharfies and seamen was another pastime. The kids would scatter once the police arrived. Nell liked to go down to the Domain baths: “it was deep, natural, water from the harbour washing in and out; the harbour was pretty clean. There was night swimming there and on hot nights we were allowed to go”. Kids in Woolloomooloo used to swim a lot. Two Olympic champions came from Woolloomooloo: Etty Robinson and Bonny Mealing, who both ‘won when they had the Olympic Games in Germany’. The kids also would go to Mrs Macquarie’s Chair and fish from the rocks. When the Sydney Harbour Bridge was to be opened, Nell wagged school to go to the Bridge opening with her sister and couple of the girls from Plunkett Street and St Mary’s.  They got as far as the Art Gallery but couldn’t get any further: “It was packed, and we couldn’t move. My sister started to scream, getting crushed; some man put her on his shoulder; we were getting crushed. So we didn’t get as far as the Bridge. That was a big day”.