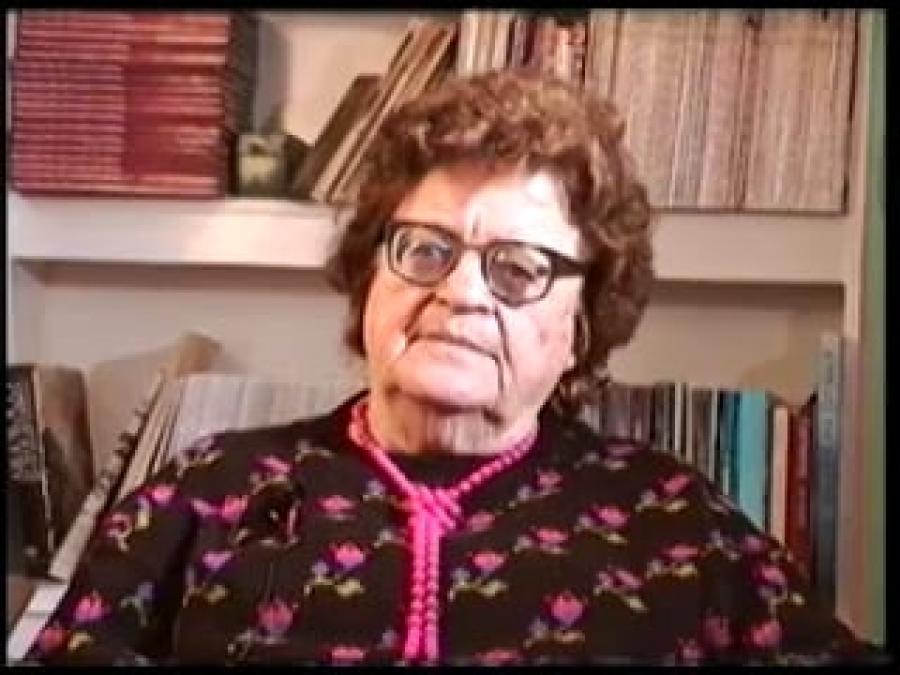 Grace talks a lot about the social makeup, life and customs in Newtown, covering everything from the removal of children's tonsils and adenoids almost as a rite of passage to witnessing the horrors of the six o'clock swill on the footpaths of Newtown. This is a very detailed and determined account by Grace, who grew up to be a feminist and very active in the Union of Australian Women. She recalls that if a child became seriously ill, flags were tied to lamp posts at the top and bottom of the street (to denote that there was a child dying there and if possible not to take the horse and carts or the buggies down the street). There is a chilling account of the local backyard abortionist. She also discusses racism and sectarianism (It was well-known that you couldn't get a job in Brennan's if you weren't Catholic ... You had to be Catholic to work at Mark Foy's too, but at Anthony Horden's, you hid that you were a Catholic and became Protestant ...). Evictions were a common spectacle in the Depression (… all the families tipped out one by one, out of Wilson Street .... And those houses were gutted, nothing was left in them, people would raid them and strip them, the coppers were taken, the leads were taken, the timbers were taken and the floors were ripped up). And, "everywhere you had the New Guard going around breaking up the demonstrations and Labor Party meetings". At the IXL factory women were employed doing men's work while the men were at home with the kids, (they talk about house parents; the men done it during the Depression, while the women went in and done the male rates of work for female rates of pay). Of particular importance to Grace in the interview was to record the experiences of the children at the Mater Dei Children's Home at Narellan. It was horrific.