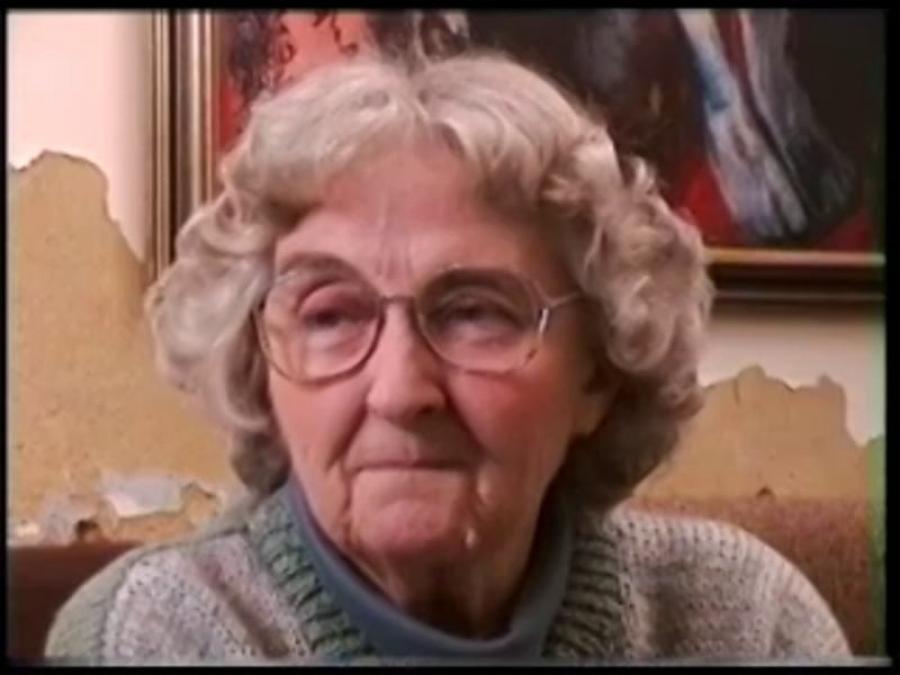 Kate is particularly articulate about her family's unusual circumstances, in that her father kept two families. Kate's English mother ran a corner grocer shop at Ferndale Street, Newtown; they lived behind the shop. Her father was industrial chemist, sent to England to work with munitions during World War One. Her parents met and married in England. They came to live in Sydney in the late 1920s. Despite the hardship's she recalls being well looked after and being very healthy as a child: "My father was very particular about nutrition and we always had citrus fruit every day and there was always lettuce and fresh vegetables in the house. He used to take wheat germ and believed that women were all anaemic so I took iron tablets as long as I can remember which probably did me a lot of good because I was very healthy. We were never hungry, never".