The 'Great' Western Road from Lapstone to Mt Victoria 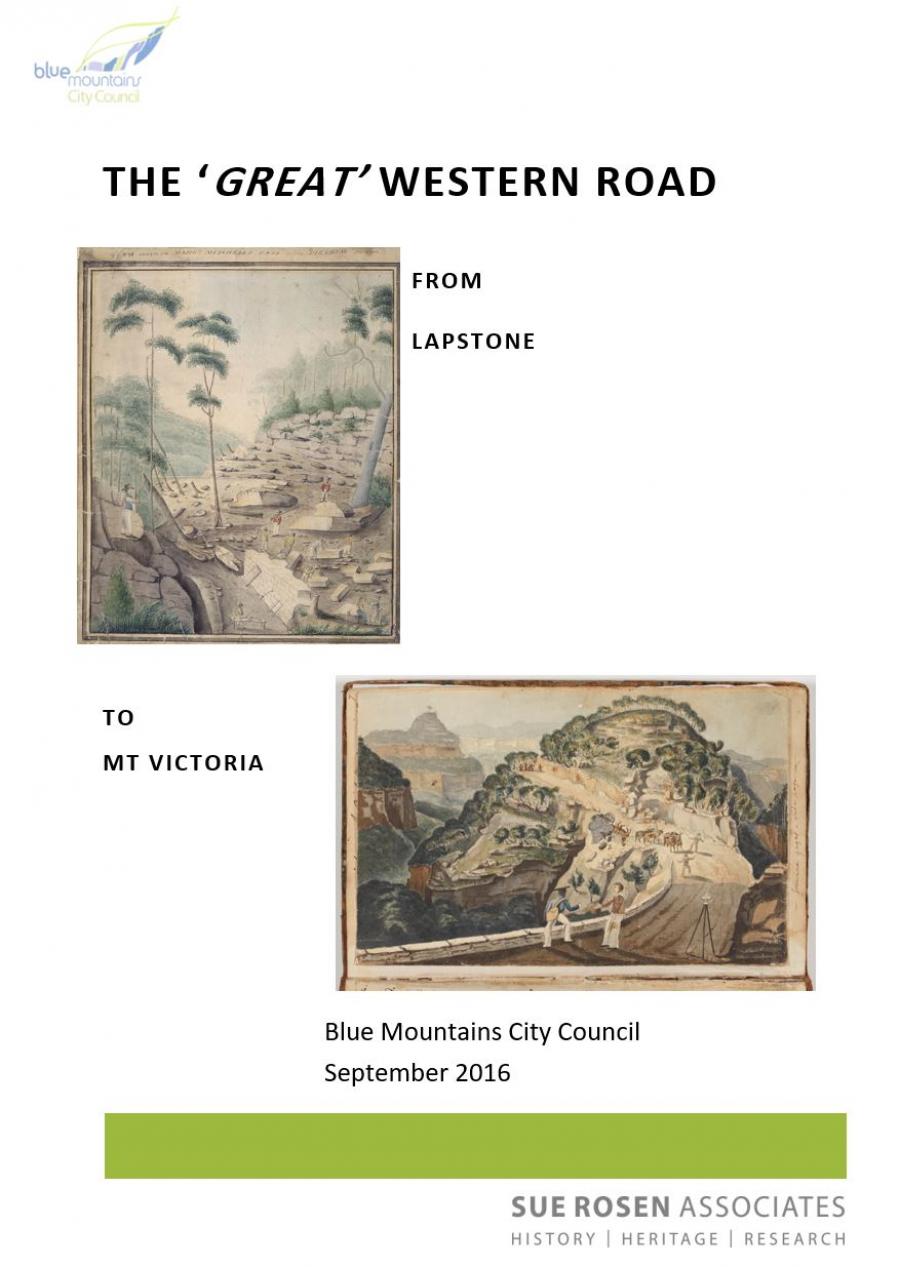 Sue was commissioned by Blue Mountains City Council to prepare a Heritage Assessment overview document through which the significance and inter-connection of heritage places along the Great Western Highway could be understood collectively. The study had multiple aims;

2. To provide a sense of the scope of the road's heritage resources

3. To obtain an understanding of the role of the heritage sites in the development and identity of the towns and villages of the Blue Mountains, with a view to exploiting that significance in cultural tourism initiatives

4. To provide a resource document for the ‘Heritage Near Me’ grants submission process

The ‘road’ at the centre of this study has masqueraded under various guises since 1814 when the Blue Mountains, seen as a formidable obstacle to expansion of settlement from the Cumberland Plain, was first successfully breeched by a European track, euphemistically called Cox’s Road. Early on it became the ‘Road to Bathurst’, and as occupation extended beyond Bathurst, it was known as the ‘Western Road’, until  in the mid 1800s it had evolved into the ‘Great Western Road’, reflecting a much enhanced capacity and even great expectations. In the Twentieth Century it became the Great Western Highway.

The sites, the towns and villages along the route are a part of a landscape laden with cultural meaning relating primarily to the convict experience, but also touching on the experiences of Indigenous people, free settlers, multicultural groups and individuals who may at first glance seem sidelined from history. Heritage sites along the road are connected literally by the road, but also metaphorically by the historic documents associated with them, including court records and the accounts of those who lived, worked on, or travelled the road. The story is linear, both geographically and chronologically, while embracing a challenging complexity, that begs interpretation in all the media and genre that are now available for storytelling.

The sites and relics associated with the infrastructure developed to accommodate, sustain and control the convict workforce include posts for the military guards, the surveyor-magistrates and overseers who managed the whole enterprise. The inns that were contemporaneously constructed along the road to accommodate travelers are equally important to the story of this route. These became the nucleus for the establishment of townships that were linked by the line of road and the commonalities associated with servicing travelers. Most importantly, there are numerous personal stories that can bring the reality of diverse personal experiences to the cold hard facts. These trigger empathy, in the responsive reader, for the individuals associated with the monumental achievement the road is, such respect developed through imaginative engagement with each place; all set within a broader setting that includes the natural landscape of the Blue Mountains recognized by UNESCO with world heritage listing.

Between the monumental ‘book-end’ labour feats such as Victoria Pass, there are numerous smaller variations along the interconnecting ridge, each with their relics and story. The highway and its predecessors demonstrates responses to the challenge of crossing the Blue Mountains by various transport modes and to the growth and development of the area, as its usage inexorably increased in concert with the economic development of the state. The lines of road reflect changes in technology and understandings both of the terrain and the possible solutions and responses to that terrain at particular moments in time.

To summarise, this complex of sites is of exceptional heritage significance in NSW and Australia. They deserve to be managed so as to elucidate the place as a whole, as well as its localized village and township oriented components, in a truly integrated and coherent fashion.