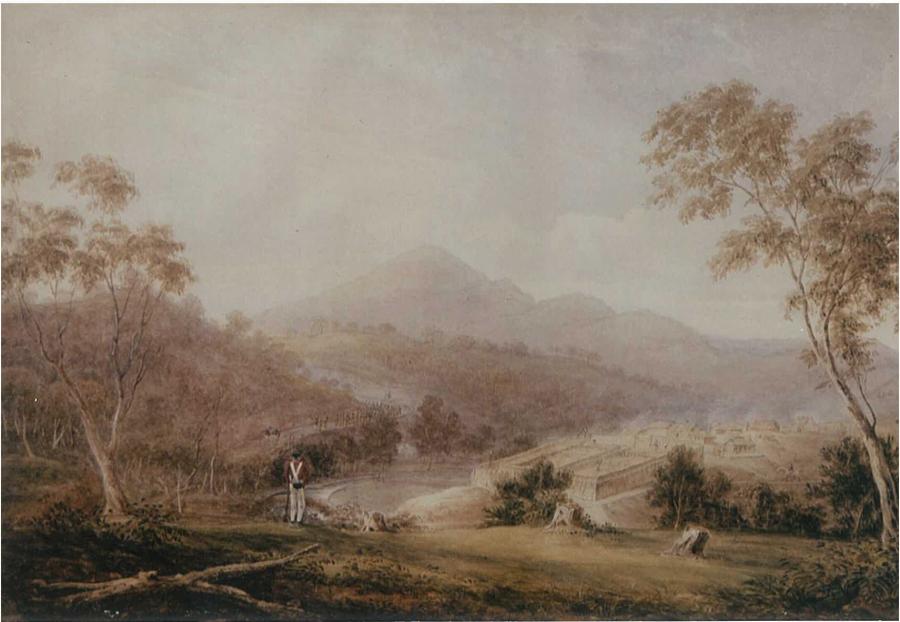 The overarching question under investigation in this work is the extent to which the ideals of penal management as espoused by both British and Colonial authorities were implemented in the day to day administration and management of a convict work force. The focus of the examination is the construction of Major Thomas Mitchell’s line of road between Mt Victoria and Bathurst in the 1830s. Specifically the thesis documents the various sites on the line of road with a particular emphasis on the administrative centre and principal facility, No. 2 Stockade Cox’s River, to explain the dynamic interaction of the network and its role in the penal repertoire of New South Wales.

There are two key avenues of investigation. The first is the tension between the imperatives for infrastructure development on the one hand and the necessity for the development of an effective penal system on the other. The second is the nature of the convict work force, including their origin, character, skills and penal experience. The examination of the interrelation and interdependence of these two elements enables conclusions to be drawn on the impact they had on the construction of the Western Road.

The evidence has been drawn from diverse sources, many of which have not been examined previously. It elucidates both the politics of infrastructure development and the experiences of the work force whose job it was to build the road.

Analysis of the evidence found that there was often a mismatch between the ideals of penal management held by the British Government and the money it was prepared to allocate to that management. The Colonial administration was also continually under pressure to keep costs to a minimum, resulting in constraints on infrastructure development. In relation to the Western Road, the inter-departmental politics of power, particularly that played out between the Governors and Surveyor General Thomas Mitchell, also served to hinder progress.

Further, the convict work force was often an impediment to productive road-work. A large proportion of these young recidivists was, on transportation, from an urban background. If their previous occupations are anything to go by, although they were largely skilled and semi-skilled as workers, they were ill-equipped for the job of road building. The penal experience for many on the road was far from reformatory or a deterrent. They were provoked to commit further crimes and thus receive additional  brutal punishment. Overall the experience was dehumanising and degrading, made so by harsh, unfair and unjust overseers. However, the job did get done. The road was, eventually, built.

In bringing together such a large range of sources the work has enabled the first thorough reading of the convict sites associated with the Western Road. This has led to a multi-dimensional understanding of the place, its people and the process of its construction and management as it reflects on broader issues associated with national identity.