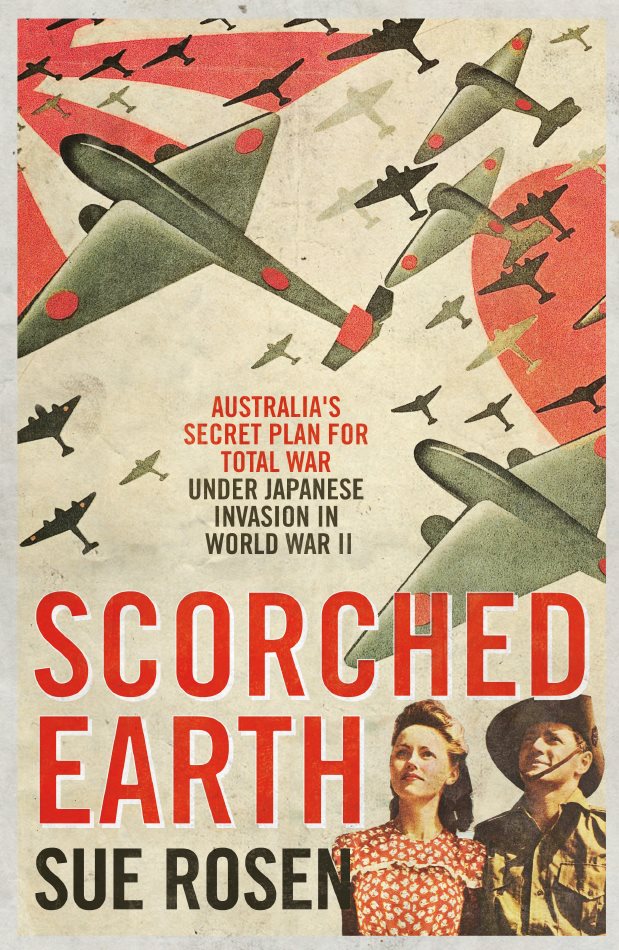 Sue Rosen is an historian and a heritage consultant. She is the author of several books
including Australia's Oldest House - Surgeon John Harris and Experiment Farm Cottage, We Never Had a Hotbed of Crime! Life in twentieth century South Sydney, Bankstown: A sense of identity, Government House Parramatta - 1788-2000: A History of the Governors, Their Home and its Domain Parramatta Park, and Men at Work - Penal Ideology and Nation Building on the Great Western Road - view these titles and more in our Publications section.
Click here

View an extract from Scorched Earth by Sue Rosen

GOT YOUR OWN "SCORCHED EARTH" STORY?

We'd love to hear your own stories from your parents or other sources who may have been involved in the "Scorched Earth" preparations, or have heard of related activities.

Send Sue your stories, plus any photos or relevant documents - she'd love to hear from you. Use our contact form which allows you to upload files as well as enter text, or just send Sue a message...

Hidden for 75 years, the top secret government documents outlining preparations for the event of a Japanese invasion of Australia in 1942 have finally been discovered. They reveal an extraordinarily comprehensive plan to thwart Japanese troops, and a population that would go to great lengths to avoid being enslaved. 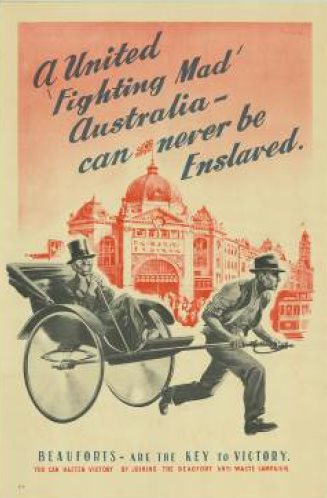 In 1942 the threat of Japanese invasion hung over Australia. The men were away overseas, fighting on other fronts, and civilians were left unprotected at home.

Following the attack on Pearl Harbor and the Japanese advance south, Prime Minister Curtin ordered state governments to prepare. From January 1942, a team frantically pulled together secret plans for a 'scorched earth' strategy. The goal was to prevent the Japanese from seizing resources for their war machine as they landed, and capturing Australians as slaves as they had done in Malaya and elsewhere in Asia.

After the war these top secret plans were forgotten. This is the first time they have ever been made public. 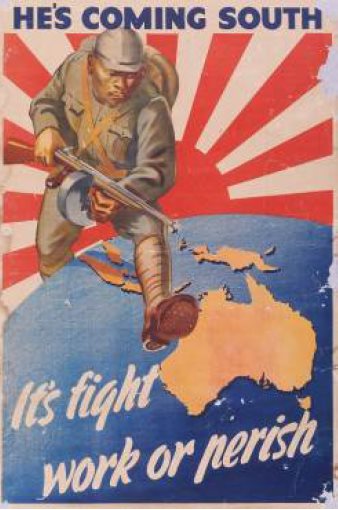 “This is a treasure trove, a gold mine, a Christmas-every-day cornucopia of rich Australian history, particularly Second World War history. Arguments over the "Brisbane Line"  are settled here. Now we have the detailed plans for the "scorched earth"tactic that might follow a Japanese invasion of Australia. We know that Sydney, Melbourne, Brisbane and Canberra were to be defended at all costs: too bad if you lived in Darwin, Perth, Adelaide or Hobart, still worse if you lived in Alice Springs or Townsville. Outside the big four cities, Australians could expect evacuation if all else looked like failing. The detail is mind-boggling: how to sabotage water supplies; how to wreck a car; a safe walking route from Grafton to Glen Innes; how to "trip: a tank with a crowbar. Read and wonder!”

— Peter Grose, author of An Awkward Truth and A Very Rude Awakening

These once classified "Scorched Earth" documents are not included in the published book! See first hand correspondence between the NSW Premier's Department and stakeholders initiating the "Scorched Earth" project, as well as other associated plans and reports discovered by Sue Rosen.

Secret Document - Denial of Resources to the Enemy

Scorched Earth - as applied to Queensland

Scorched Earth in the media

"My Mother was 10 years old in 1942, living in Harris Street Mascot. She remembers her father building an underground bunker in the backyard, paper covering the windows to keep light in at night, and street signs taken down to hinder spies. She was also sent to live with an aunt in Dubbo for a couple of months, but returned after feeling homesick."

Dr Andrew Richardson's review of Scorched Earth was published in the May 2018 issue of the Australian Historical Studies journal.

Dr. Richardson is Historian at the Australian Army History Unit, Department of Defence, Canberra. While the views expressed are his own, it is a robust and even-handed...

Pay for your copy of Scorched Earth in-person with Sue Rosen here.

Sue will be talking on the Scorched Earth policy of WWII at the rooms of the Ku-ring-gai Historical Society on 17 March at 2:00 pm.